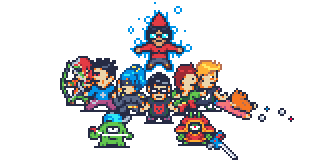 MoSV is a chain game created with RPG Maker 2003. A chain game is a game cut into chapters, and one person is in charge of one chapter. I was in charge of the third one, and after a very heavy second-chapter, I felt like doing something less combat-oriented and full of Frenchness (there's a STRIKE!). It was really fun to do, and the game is quite good in my opinion. 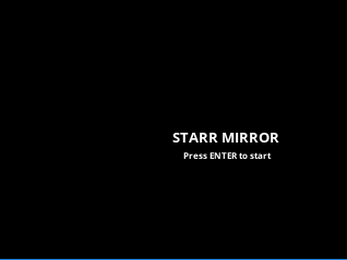 Starr Mirror was first designed for the RPG Maker Games in 1 Hour Jam and the first version was developped with RPG Maker 2003, but had an annoying bug that I could not fix. I ported it to GMS2 in order to learn the software, and of course the game runs much better now. SM is an arcade scoring game in which you must gather stars with your reflection in a limited amount of time.